Dr. Fred TEGA is a graduate of the University of Missouri-Columbia. He attended the renowned College of Medicine University of Ibadan, Nigeria, where he obtained his medical degree. As Sigma Chief, head of the most prestigious club in all of West Africa, his philanthropic activities included helping fellow students in need. In the early days of his career, he collaborated with the World Health Organization and the Nigerian government in combating an outbreak of yellow fever in some rural communities during his National Service. He is married to Tutu, an accountant, and together they have three lovely children.

Dr. Tega and his family spent five years in Columbia, Missouri, during which time he also completed his residency in Pediatrics at the University of Missouri-Columbia. His desire was to work with Christian believers and was led to the Atlanta area where he teamed up with a group of pediatricians in Fayetteville for two years.

PrimeCare Pediatrics was established in 2007 with a view to bringing his gentle and excellent care, for which he is well known, to the Newnan area and its suburbs. Since then he has continued to endear himself to many children and families in the area, and is well known for being a very compassionate and knowledgeable physician.

His interests include spending time with his family, traveling, chess, soccer, and ministering to the needy. Dr. Tega and his wife have a passion for souls and missions.

As a Primary Care Provider, Dr. Tega is on the preferred provider list of all major insurance companies and health plans in the Atlanta area and in Georgia at large. 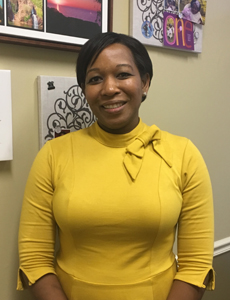 Dr. Wilson enjoys baking, reading, and spending time with family in her free time. She looks forward to providing care to the children of PrimeCare Pediatrics and their families.

The following providers were privileged to go through PrimeCare Pediatrics.