Male circumcision consists of the surgical removal of some, or all, of the foreskin (or prepuce) from the penis. It is one of the most common procedures performed all over the world. In the United States, the procedure is commonly performed during the newborn period.

Evaluation of current evidence indicates that the health benefits of newborn male circumcision outweigh the risks, and the benefits of newborn male circumcision justify access to this procedure for those families who choose it. However, parents should weigh the health benefits and risks in light of their own religious, cultural, and personal preferences, as the medical benefits alone may not outweigh these other considerations for individual families.

The three most common operative methods of circumcision for the newborn male include:

There are also other variations derived from the same principle on which each of these devices is based.

Care Of The Circumcised Penis

One of the first decisions you will make for your new baby boy is whether or not to have him circumcised.

Taking care of your son’s circumcision is usually very easy. After the procedure is performed, your pediatrician will instruct you on how to do this. If a Plastibell ring or device was used for the procedure, there is usually nothing to do. And generaly the device will come off after a few days.

However, if one of the other methods, Gomco or Morgan clamp, was used, you will need to apply a suitable lubricant regularly to the penis after circumcision. This is usually done with each diaper change, and a non-perfumed lubricant, such as Vaseline, should be sufficient.

Care Of The Uncircumcised Penis

If you have chosen not to have your son circumcised, there are some things you should be aware of and teach your son as he gets older.

What is Foreskin Retraction?

Sometime during the first several years of your son’s life, his foreskin, which covers the head of the penis, will separate from the glans. Some foreskins separate soon after birth or even before birth, but this is rare. When it happens is different for every child. It may take a few weeks, months or years.

Most boys will be able to retract their foreskins by the time they are 5 years old, yet others will not be able to until the teenage years. As a boy becomes more aware of his body, he will most likely discover how to retract his own foreskin. But foreskin retraction should never be forced. Until separation occurs, do not try to pull the foreskin back – especially an infant’s. Forcing the foreskin to retract before it is ready may severely harm the penis and cause pain, bleeding, and tears in the skin.

When the foreskin separates from the glans, skin cells are shed. These skin cells may look like whitish lumps, resembling pearls, under the foreskin. These are called smegma. Smegma is normal and nothing to worry about.

Your son’s intact or uncircumcised penis requires no special care and is easy to keep clean. When your son is an infant, bathe or sponge him regularly and wash all body parts, including the genitals. Simply wash the penis with soap and warm water. Remember, do not try to forcibly retract the foreskin.

If your son’s foreskin is separated and retractable before he reaches puberty, an occasional retraction with cleansing beneath will do. Once your son starts puberty, he should retract the foreskin and clean beneath it on a regular basis. It should become a part of your son’s total body hygiene, just like shampooing his hair and brushing his teeth. Teach your son to clean his foreskin in the following way:

Is there anything else I should watch for?

While your son is still a baby, you should make sure the hole in the foreskin is large enough to allow a normal stream when he urinates. Contact our office or call your pediatrician if any of the following occurs:

[Adapted from the AAP   www.aap.org] 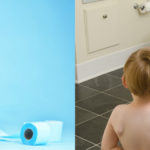 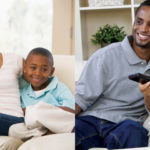 Television and the Family

Family is the most important influence in a child’s life, but television is not far behind. Televi... 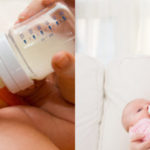 Is My Baby Getting Enough Formula, Or Too Much? Signs that your baby may be getting too little formu...

Puberty Books and Resources for Girls

Resources for the Female Child Here are a some suggestions of useful resources to help in parenting ...

Family traditions can go a long way in helping to create and maintain a healthy family life. Family ...

What to Expect at Your Physicals

There are several reasons to schedule checkups or health physical examination for children. It may b...